“It was marketed as a teardown, but we saw it and thought ‘this house has so much potential.’”
– Leigh Ann Haydon, Homeowner 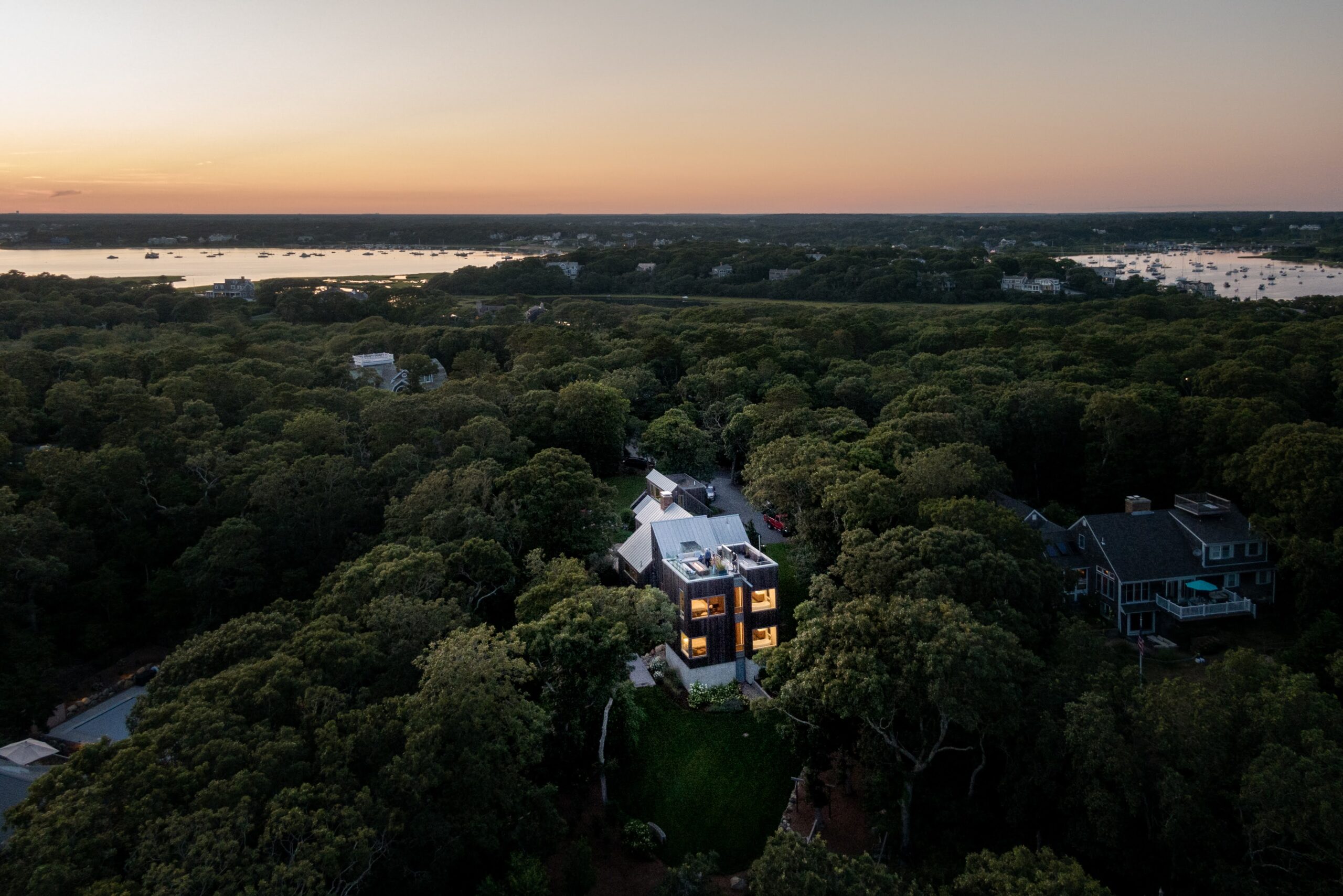 The Morris Island Residence is located near the southernmost point of Cape Cod outside of Chatham, MA. Homeowners Patrick and Leigh Ann Haydon enjoy spending their summers on Cape Cod, and previously co-owned a home on the Cape with another family. One summer while on a morning bike ride, Patrick came across a home marketed as a teardown, and the idea for a new project was born. A contractor by trade, Patrick proposed the idea of a summer home renovation project to Leigh Ann. The property and neighborhood were appealing, and the uniqueness of the house inspired lots of brainstorming and the ultimate decision to take on the project.

“When we walked into the house, we both had a lot of the same comments about what we should do with [it] and what the opportunities were.”
-Monte French, Monte French Design Studio Patrick contacted his friend and architect Monte French and asked him to come see the property. When they arrived, it was clear their visions for what the house could be aligned, and they formed a team to turn their ideas into a reality. Monte and project manager Alex Yoon spearheaded the design side of the project, while Patrick handled the construction. The team had a uniquely flexible working relationship, providing Patrick and Leigh Ann with lots of design freedom. They began with light drawings and plans, and the details were developed throughout the building process. The renovation was completed in three phases: the landscaping, the original house, and the addition of two master suites with a guest suite above the garage.

“It was a little tough for me to envision what it could be in terms of updating and giving it a new life, but the shell of it was great.”
-Leigh Ann Haydon The design team faced their share of challenges, but each one allowed for creative solutions that made the house even more special. The first obstacle addressed was the dense forestry on the property. To make the backyard a usable space, they cleared the area surrounding the home to create an open piece of land. At this point in the process, the team was able to see the home’s full potential. 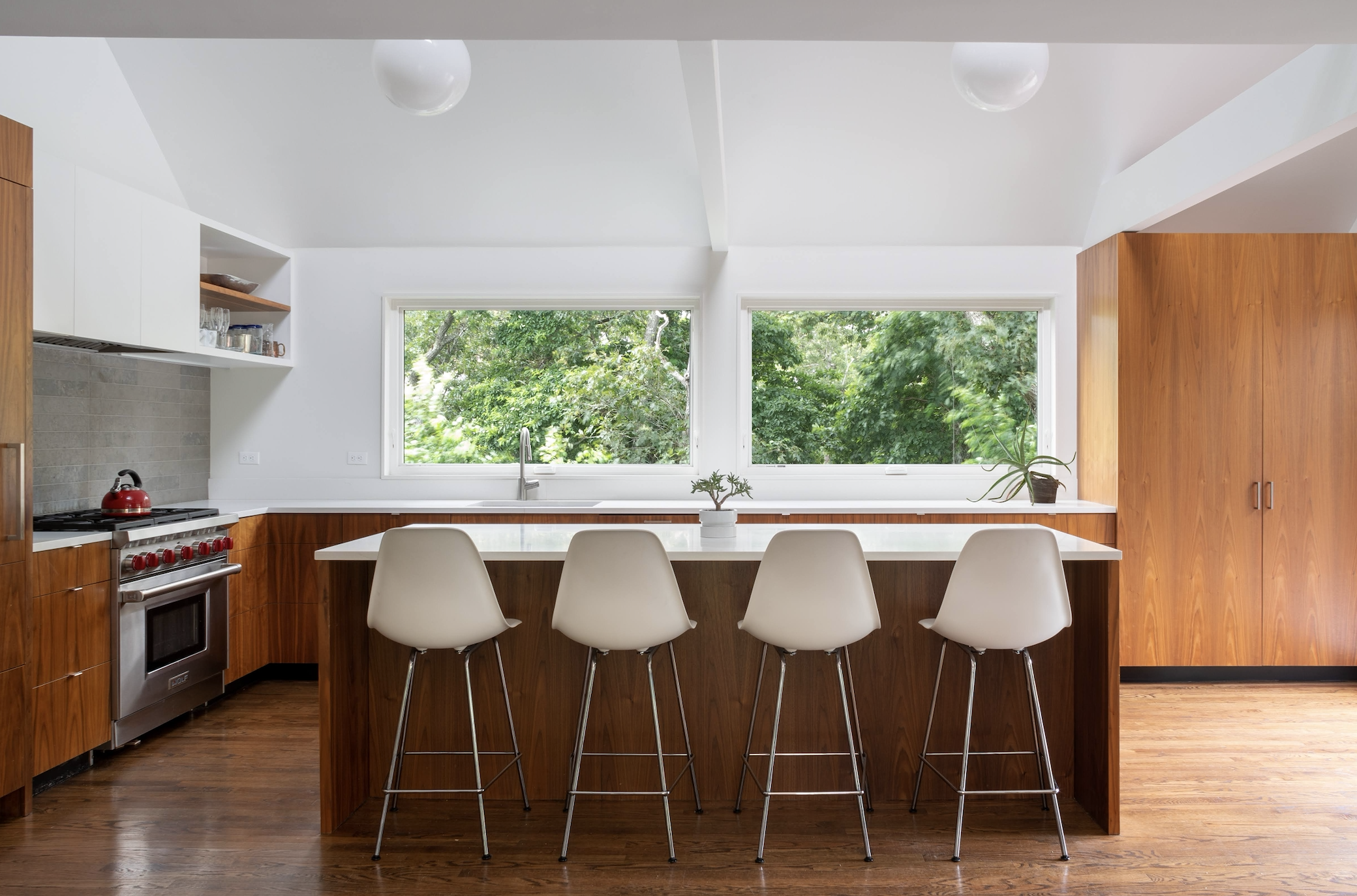 The next phase of the renovation focused on updating the original house. On the inside, a wall was removed to create a more open layout and the design was modernized. The exterior renovations were more extensive, as the team decided the entire structure needed to be reclad. The existing cladding consisted of vertical white cedar planks, which were not exceedingly durable. After extensive research, Kebony modified wood was selected for the new cladding as a more durable, long-lasting option. The natural look and feel of Kebony wood was another benefit, as it complemented the Cape Cod surroundings more effectively than other options that were artificially colored.

“There’s always going to be constraints, they don’t have to limit you.”
-Alex Yoon, Project Manager- Monte French Design Studio 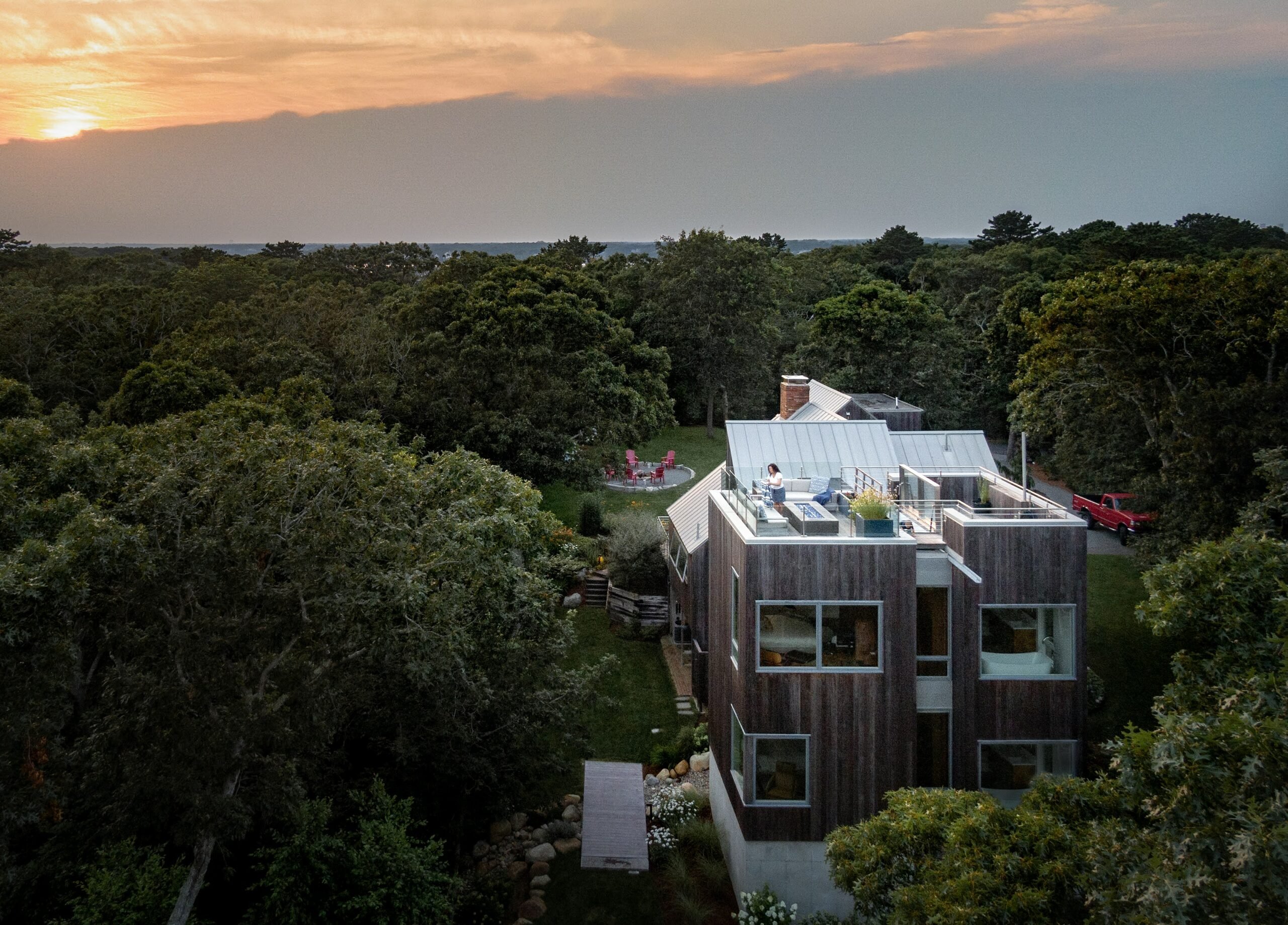 After changes and updates were made to the original house, the Haydons knew they wanted to add on. The addition provided a unique challenge, as the team was tasked with combining a new, modern structure with late mid-century architecture in a cohesive way. The form and materials used for the existing structure were dated, making it hard for the team to design an addition that was seamless. This led to the decision to create a separate, free-standing addition connected to the shared living spaces by a glass bridge.

“There’s no light pollution up here, so you can see unreal stars, satellites, everything.”
-Patrick Haydon, Homeowner and Contractor 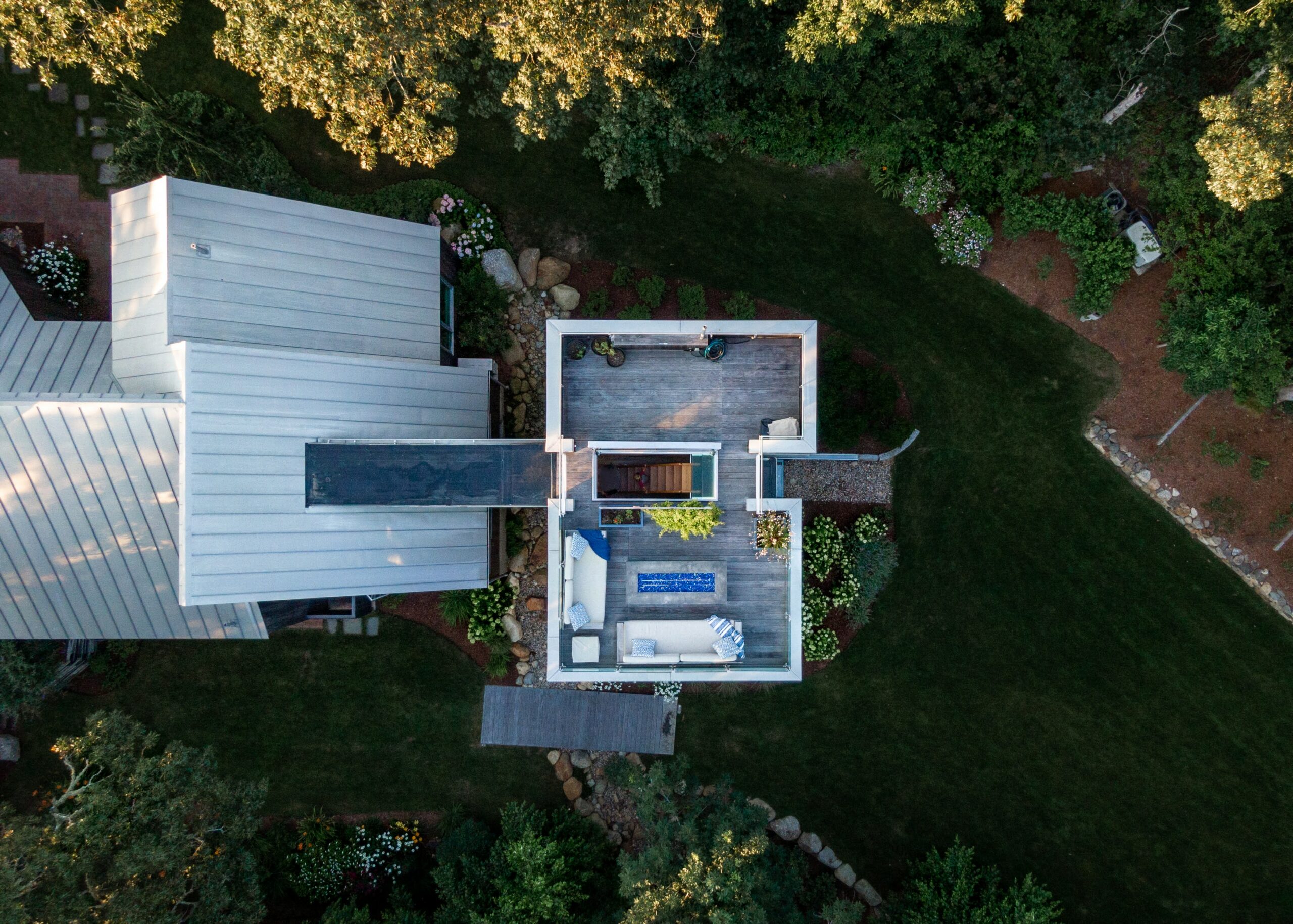 One of the most exciting features of the Morris Island Residence is the rooftop deck that sits atop the stacked master suites of the new addition. Since the suites are just sleeping areas, the rooftop deck provides an area for lounging. Glass rails surrounding the deck allow for an unobstructed view of the landscape, including part of the ocean. A fascinating landscape feature was the inclusion of a dry river underneath the glass bridge. Large boulders and rocks were arranged underneath the bridge to create the appearance of a rocky riverbed. The boulders used for the dry river were shipped in from Leigh Ann’s brother’s house in New Hampshire.

“What I appreciate most about the project is that we were able to take a very particular existing house and add to it in a harmonious way. What we added is only contributing to the greater whole and how the family uses it.”
-Alex Yoon

The Haydons took on a large project with Morris Island Residence, but the hard work was worth the reward of having their own summer home on Cape Cod. The home allows the family to have what they describe as their own “corner of normal” away from dense city life with their kids, which has been especially helpful during these unprecedented last few years. All the updates, changes, and additions to the house were tailored to how the Haydons planned to live in it, and the finished product is a stunning and serene space where many future memories will be made.