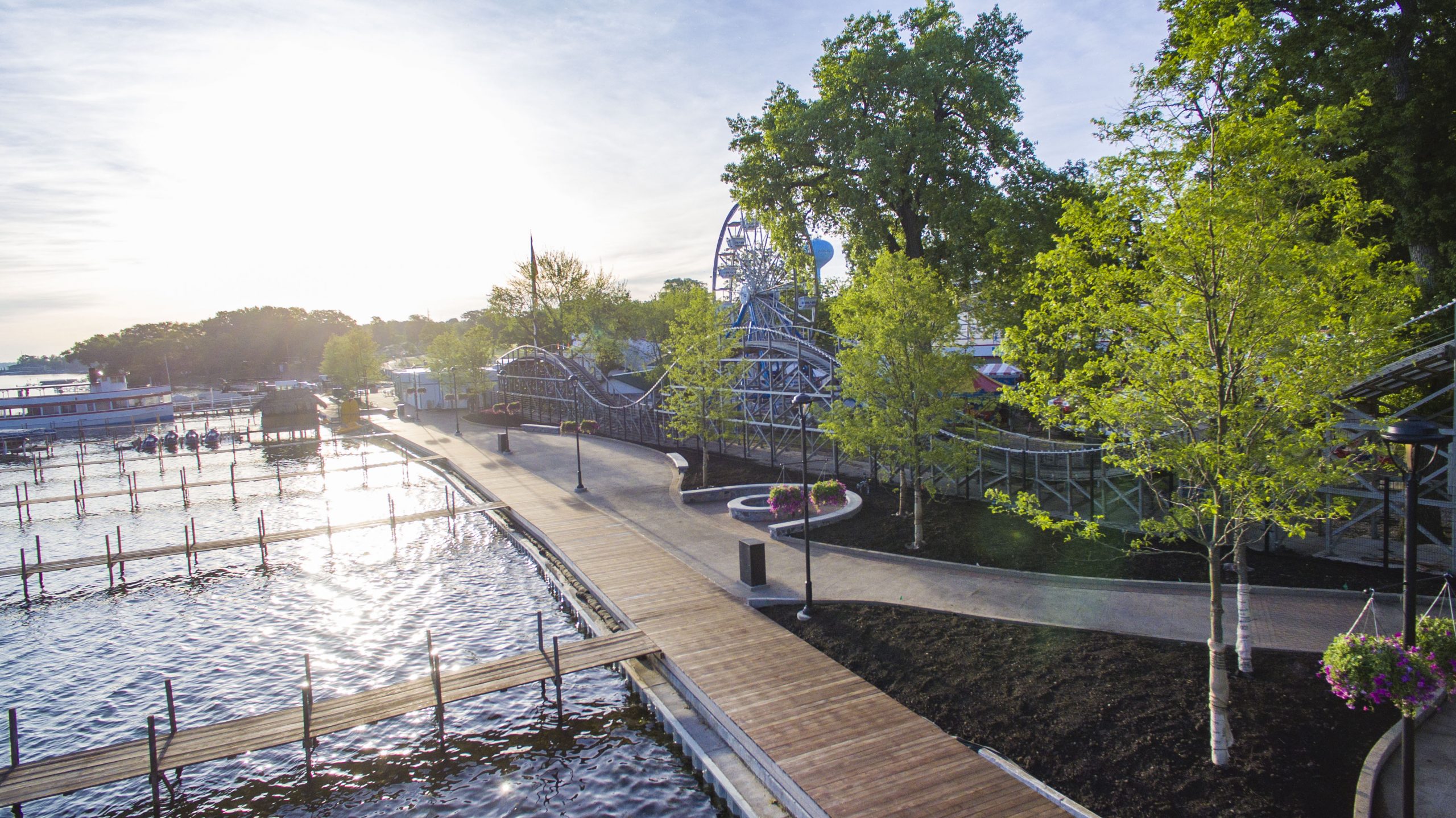 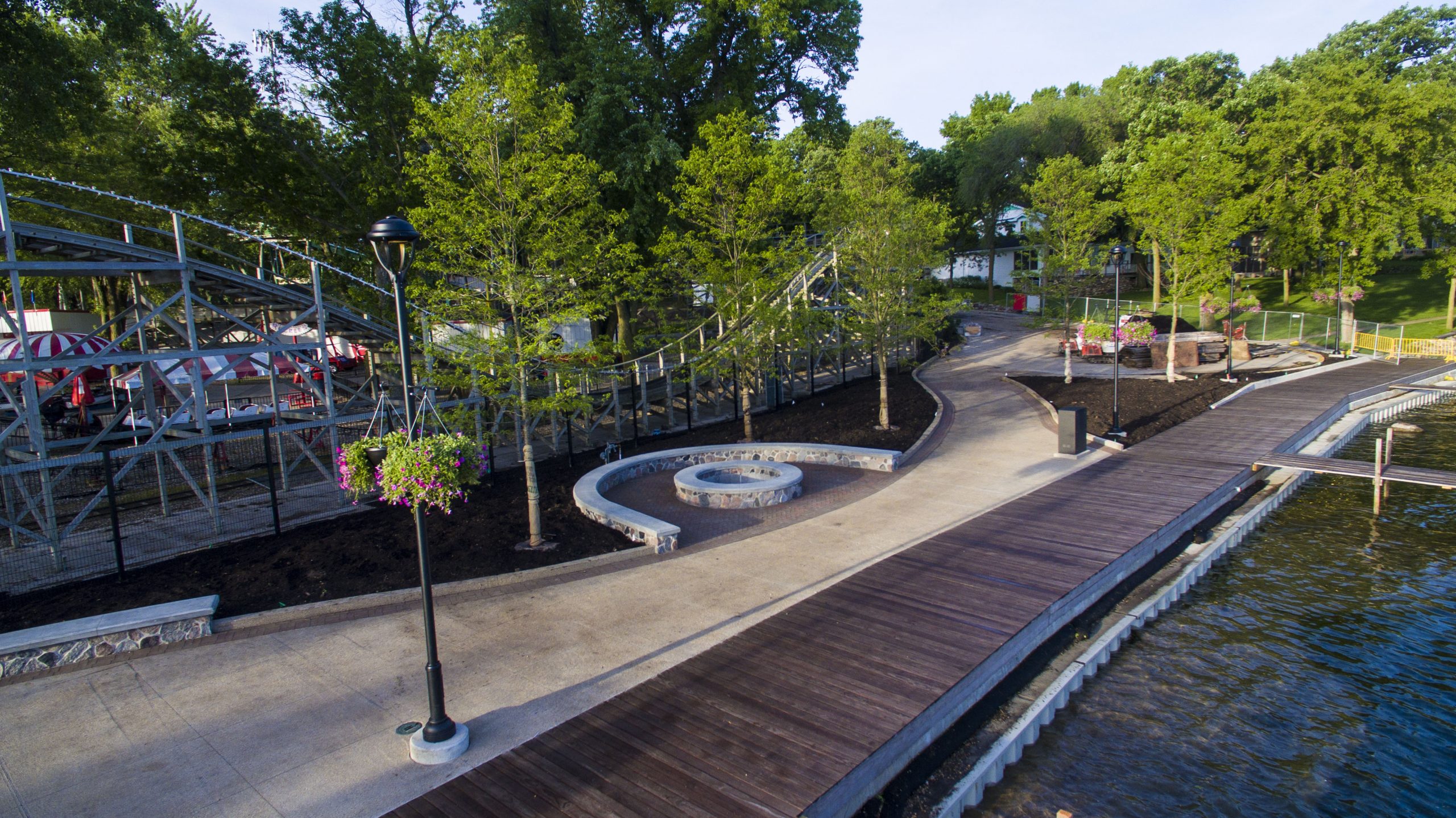 Arnolds Park Amusement Park sits on the shore of Lake Okoboji in Northern Iowa. The park resides in a natural area, and is over 130 years old. W.B. Arnold, the park’s creator, had a vision for the park to be something sustainable for families to enjoy for generations. Since then, it has been a pillar of the Iowa Great Lakes community and economy.

In 1987 a local businessman purchased the park and in 1988 it remained closed for a year while undergoing renovation. It ran it for 5 years under the new management. After continued failures to cash flow the park, a deal was made with a developer, whose intention was to break ground on a development of condominiums. The community rallied in response, and raised 7.25 million dollars to buy the park back from the developer to allow it to retain its beauty as a park. Arnolds Park is important to the community, and tourists come from all over Iowa and the country to visit. 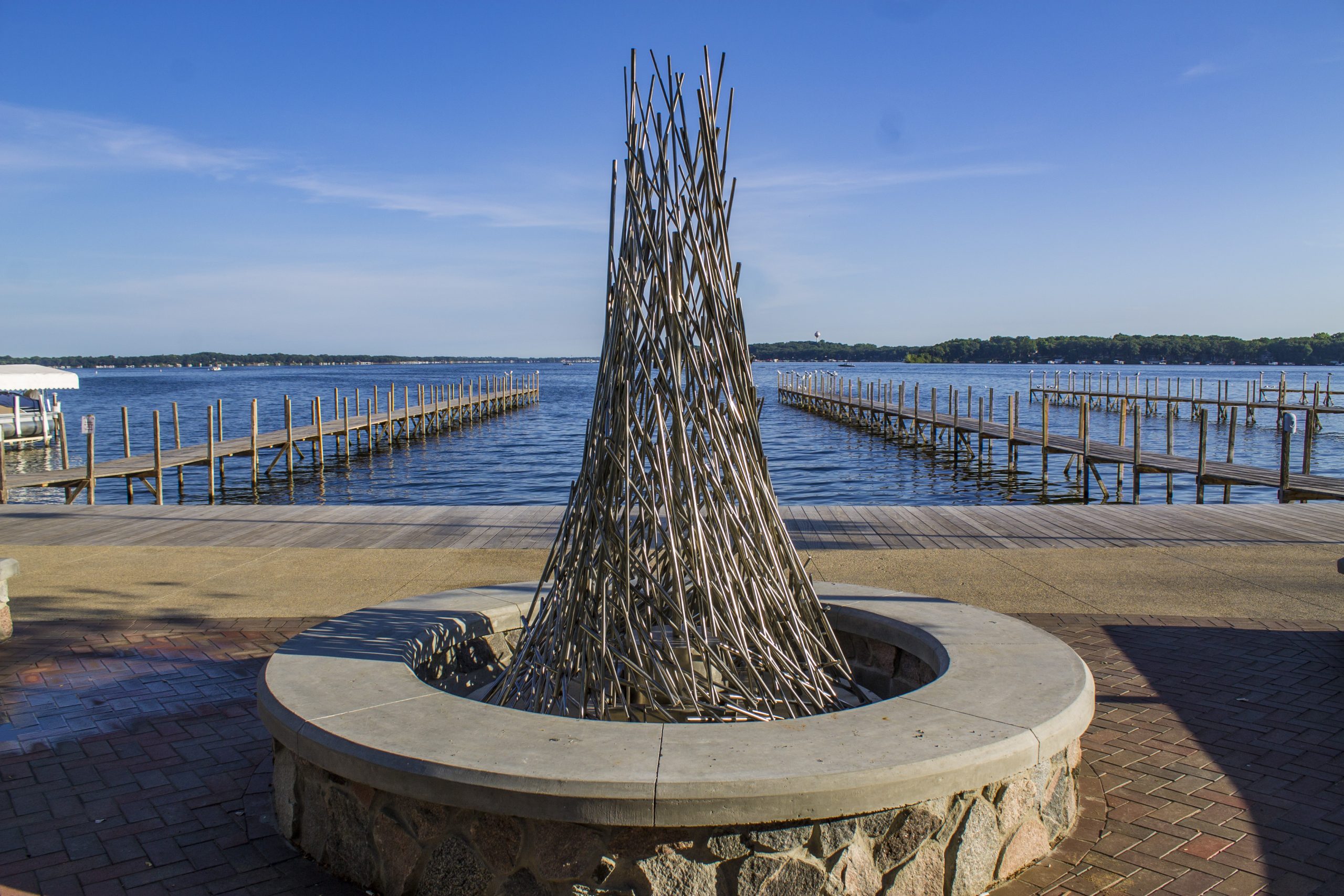 Arnolds Park has many attractions and program offerings throughout its summer season. There is a shopping court, an excursion boat named The Queen II that runs daily, and a large open greenspace known as Preservation Plaza that is protected by a conservation easement. The summer concerts hosted on the property are free to the public, and a community favorite. Arnolds Park is also home to the Maritime Museum, which is how the park was able to establish its status as a nonprofit organization. 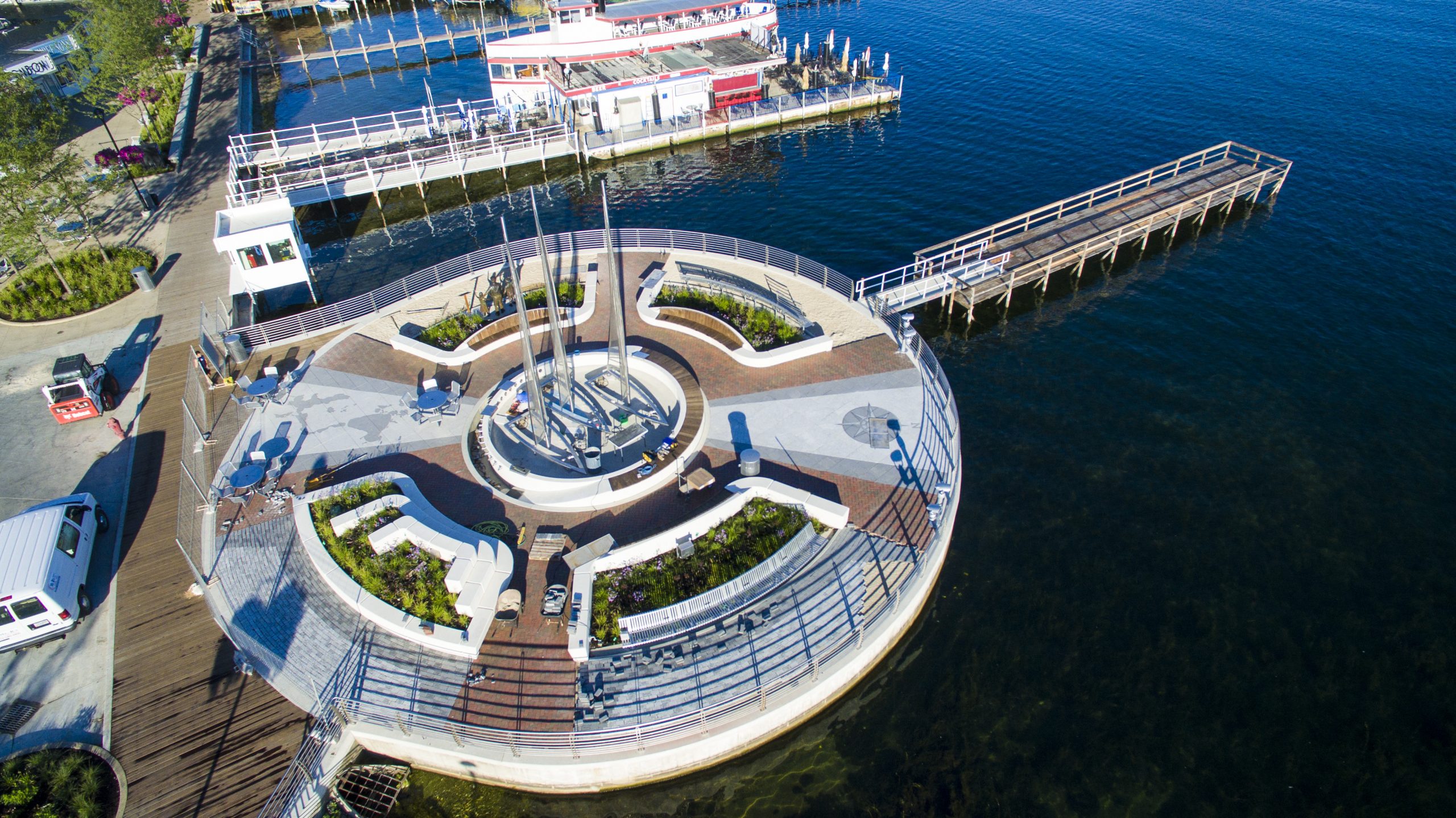 Imagine Iowa Great Lakes is working to beautify spaces along Highway 71, which runs through the center of the Iowa Great Lakes region. Arnolds Park Pier is the centerpiece of this initiative, and was the first location to be restored. The restoration provided a nature walk down the sidewalk of Preservation Plaza, as well as a connecting boardwalk made of Kebony wood. The design team wanted a natural look for the boardwalk, and they selected Kebony because of its durability and longevity. In addition, Kebony wood is not slippery when wet, nor is the wood prone to splintering. These things are important in a high-traffic area where many children are walking each day. The newly updated park is welcoming, warm, friendly, and inviting. Best of all, it is busier than it was before the beautification. 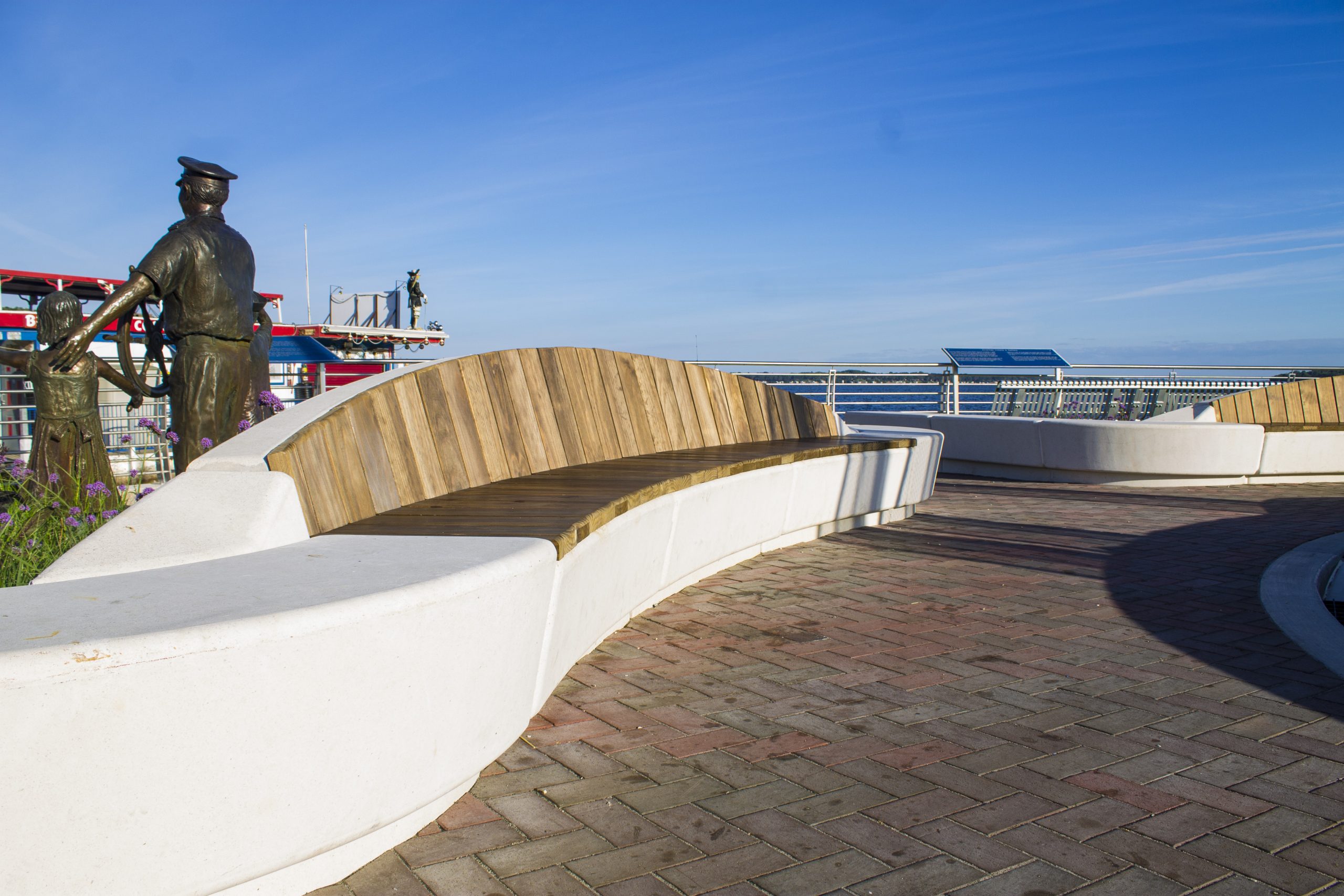 Surviving Amidst a Global Pandemic

Arnolds Park Amusement Park is a driving force in the Iowa Great Lakes Economy, so when the park is closed, it negatively affects local tourism. This in turn hurts restaurants, hotels, and shopping in the area. Due to the COVID-19 pandemic, the park was forced to delay its opening until Memorial Day weekend rather than opening at its typical time in mid-May. While confirmed cases were minimal in the area, the Arnolds Park team had to consider how tourism would impact the spread of the virus. The park closed in June for two weeks after an increase in positive cases, but was able to reopen safely when those cases dwindled.

Upon reopening the park, several safety guidelines are being enforced to allow guests to feel safe during their visit. A face covering mandate was put in place, and temperature monitors were installed to measure temperatures of guests on their way into the park. The park staff quadrupled its cleaning regimen, including wiping down surfaces frequently. These precautions have eased the fears of visitors, and the park is still seeing many guests enter its doors each day.

Still, Harms explained that the traffic is less than normal and the park will take a loss for the year due to the closure period. Thanks to the park restoration, Arnolds Park does have the money in reserves to cover this year’s losses, and is hopeful that next year traffic will return to normal.

One thing is for sure- the community can be expected to come together for the park no matter what circumstances the future holds, as it has many times before. 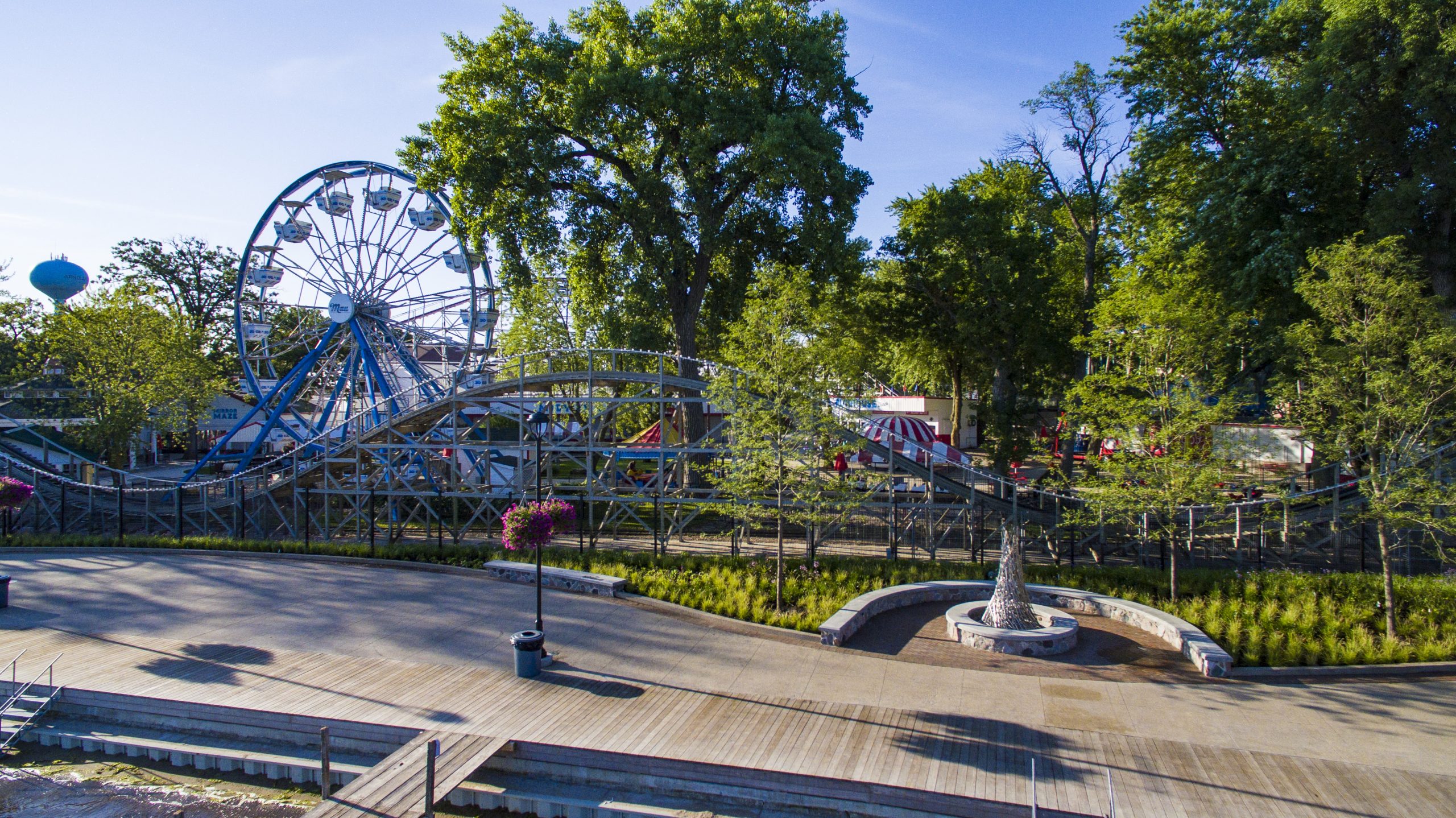